Erica Hagaman graduated from UCLA in 2008, after receiving a Gelson’s Markets Piggyback Scholarship in 2006 and 2007. Hagaman learned about the scholarship opportunities from her father Jim, a long-time employee of Gelson’s Markets in Newport Beach. 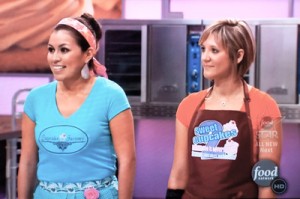 After graduating, she began working as an after school teacher before finally returning to the classroom to earn her Master’s degree in English Literature from Cal State Long Beach in 2011. Today she is full-time teacher and a rising entrepreneur in Southern California and was recently featured on a national episode of Food Network’s Cupcake Wars.

Erica says she used the scholarships “to help pay for books. It was an invaluable help. I now teach full time and bake cupcakes and cater on the side. I’m also newly engaged!”